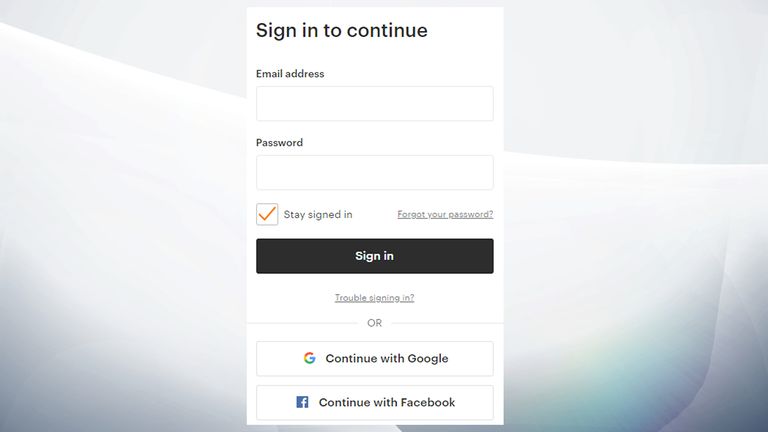 Apple has launched yet another privacy offensive which stresses the differences between its business model and that of Google and Facebook.

In a series of white papers published on Wednesday the company has set out the technical details behind its privacy features, which are not simply a marketing tactic for Apple but also a direct method of undercutting the business model of its largest tech rivals.

Among the most significant challenges to these rivals is the "Sign in with Apple" service, which was announced in June as part of iOS 13.

It allows users to conveniently sign-in with the tap of a button rather than by registering and confirming an email address, similar to the same buttons offered by Facebook and Google accounts.

Google and Facebook's account login systems are used by many online services, from The New York Times to Spotify and Airbnb, as an alternative way to access users' accounts

The systems have been criticised for allowing tracking between websites and allowing advertisers to build up detailed profiles of users' web habits.

But unlike its rivals at Google and Facebook, Apple does not depend on the data this service collects from users to generate critical advertising revenue.

The technical paper reveals a bit more behind this online market for third-party authentication services.

Companies like Google and Facebook are allowed to track users' data about what apps they like to sign in to, in exchange for using their own telemetry to confirm that the user is a real person and not a robot.

Apple confirms that users are real people rather than bots by using a machine learning algorithm which runs solely on the device.

The only data the algorithm shares with Apple's servers is the result of its calculations - Is this account a real person? Yes or no.

Apple's paper claims its service even develops a unique token for every website which users sign in with Apple for, so it is not only not Apple's business model to create profiles of its users, but that it is technically impossible for the company to do so.

Similar privacy measures are included in the Safari browser, which prevents third parties from using tracking cookies to follow users around the web - advertising things to them which they may have just looked at buying, as well as the Maps and Photos apps - services which their rivals use to generate more data on users.

But despite the company's assertion that privacy is a fundamental human right, it has been criticised for what has been perceived as its failure to protect protesters in Hong Kong from police abuses of their other rights.

Apple decided to ban an app popular among Hong Kong protesters from the App Store earlier in October.

The app was being used to help the protesters avoid water cannon fire, ID checks and tear gas, as they kept up long-running demonstrations.

Following the app's ban, a joint letter was issued by a bipartisan group of politicians in the US, including Democrat representative Alexandria Ocasio-Cortez and Republican senator Ted Cruz, criticising Apple.

The letter called on the company to "demonstrate that Apple puts values above market access, and to stand with the brave men and women fighting for basic rights and dignity in Hong Kong".

Just weeks after banning the app, the company's chief executive Tim Cook accepted a board position at a Chinese business school with close ties to senior figures in the Chinese Communist Party, including President Xi Jinping.

At the time Apple said it conducted an investigation into the app, after "many concerned customers in Hong Kong" had contacted them with complaints, and found it to violate its rules.