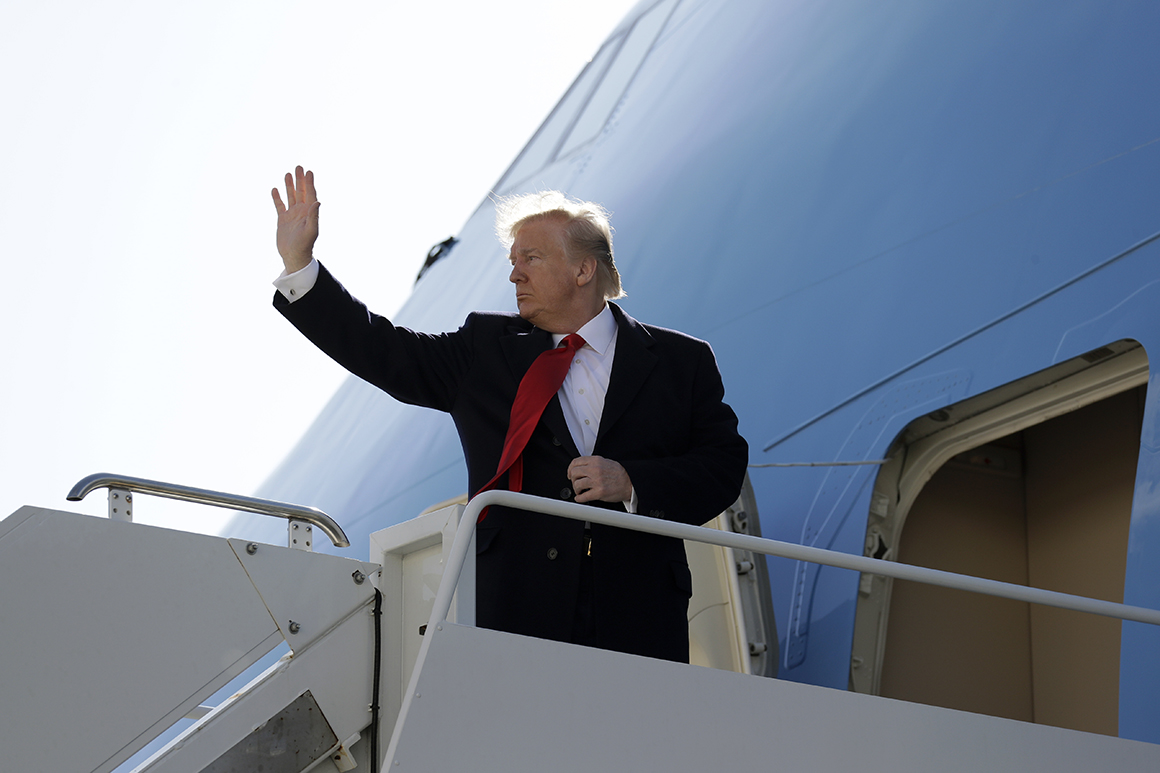 President Donald Trump on Sunday reiterated his calls to reveal the name of the whistleblower behind the complaint that led to the House’s formal impeachment inquiry, mentioning unconfirmed reports about the person’s identity and possible ties to the previous administration.

“There have have been stories written about a certain individual, a male, and they say he’s the whistleblower,” Trump told reporters outside the White House. “If he's the whistleblower, he has no credibility because he’s a Brennan guy, he’s a Susan Rice guy, he’s an Obama guy. And he hates Trump.”

“Now, maybe it’s not him. But if it’s him, you guys ought to release the information,” the president added.

The whistleblower first called attention to the July 25 call between Trump and President Volodymyr Zelensky of Ukraine that has since led to a key question about a quid pro quo: Did the administration make military aid to Ukraine contingent on the country’s investigating former Vice President Joe Biden, a domestic political rival of Trump’s, and his son Hunter?

A string of witnesses in the impeachment inquiry have corroborated the whistleblower’s account in congressional depositions over the past few weeks. Trump and his allies have denied that there was quid pro quo and said there was nothing wrong in asking for an investigation into the Biden family.

Some Republican lawmakers and conservative publications have named a purported whistleblower or asserted theories about the person’s identity. The whistleblower’s lawyers released a statement on Thursday neither confirming nor denying their client’s identity but warning of the danger that comes with disclosure.

“Any physical harm the individual and/or their family suffers as a result of disclosure means that the individuals and publications reporting such names will be personally liable for that harm,” they wrote. “Such behavior is at the pinnacle of irresponsibility and is intentionally reckless.”

One of the lawyers, Mark Zaid, told CBS News on Sunday that he offered to have Republicans on the House Intelligence Committee submit questions to their client. The offer, which comes amid GOP complaints of unfair due process in the impeachment inquiry, would allow Republicans to directly question the whistleblower without going through the Democratic-controlled committee.

Trump labeled the impeachment inquiry a “scam,” again claiming on Sunday that the whistleblower report was inaccurate — “My phone call was ‘perfecto,’” he told reporters — and that the chairman of the House Intelligence Committee, Rep. Adam Schiff (D-Calif.), had lied to Congress and the American people.

He also said journalists would be doing the public a service in revealing the whistleblower's name, tweeting later that afternoon: “The Fake News Media is working hard so that information about the Whistleblower’s identity, which may be very bad for them and their Democrat partners, never reaches the Public.”

Of the many people who listened to his calls, Trump added, “very few people that I know came forward. And they only came forward when you asked. And some of them are ‘Never Trumpers.’”

It’s a charge he previously leveled against Lt. Col. Alexander Vindman, a senior White House official who said that Trump had undermined national security. When asked what evidence he had that Vindman was a “Never Trumper,” the president responded on Sunday: “We’ll be showing that to you real soon, OK?”

Trump lauded the unity of the Republican Party, pointing to the lack of GOP defections in last week’s House vote on the impeachment inquiry and saying that House Speaker Nancy Pelosi “lost her mind” and “should go back home to San Francisco.”

Separately, Trump commended Attorney General William Barr and the U.S. attorney for Connecticut, John Durham, for leading a what he called a “very meaningful” review of the Russia investigation. The president has repeatedly called on Barr to “investigate the investigators” of the scandal that kicked off his presidency.

“The John Durham investigation is a very important — I feel, one of the most important investigations in the history of our country,” Trump said on Sunday.