Pitso Mosimane: What will happen if Percy Tau scores against Real Madrid 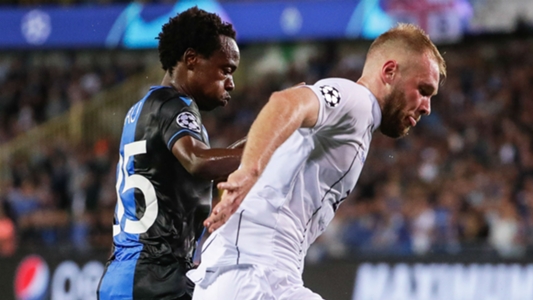 Pitso Mosimane: What will happen if Percy Tau scores against Real Madrid

Tau and his Club Brugge teammates are set to travel to the iconic Santiago Bernabeu Stadium where they are scheduled to face Spanish football heavyweights Real Madrid in a Group A encounter.

The South Africa international was an unused substitute when his Belgian side Brugge drew 0-0 with Turkish champions Galatasaray almost two weeks ago.

“It is a big dream, let us wait and cross our fingers, even if he plays one minute I will be so happy,” Mosimane told The Citizen.

“He has been looking for that and I am so happy that we have contributed to the dream."

Mosimane believes the 25-year-old player will open doors for other South African footballers if he plays against top teams in Europe's most prestigious club competition.

"I would love to see him play. I was so disappointed he didn’t play, even if it is just for five minutes," he continued.

"He is one of our own and we are hoping he can open the doors for the other guys."

Mosimane, who helped develop Tau into a quality attacker at Sundowns, also hopes the left-footed player finds the back of the net against record 13-time Champions League winners Real.

“Percy never shies away from any challenge and he will play his normal game and double his efforts and do his thing," he added.

"I just hope he does well and maybe he can sneak in one goal and maybe they can say let’s see where Percy comes from and realize that there is a Bongani Zungu and a Keagan Dolly that comes from that team."

Tau, who is on loan at Brugge from English side Brighton and Hove Albion, has made 10 appearances across all competitions for Blauw-Zwart and scored twice in the process.

He grabbed an assist as Brugge thumped KV Mechelen 5-0 in a Belgian First Division A clash on Saturday.