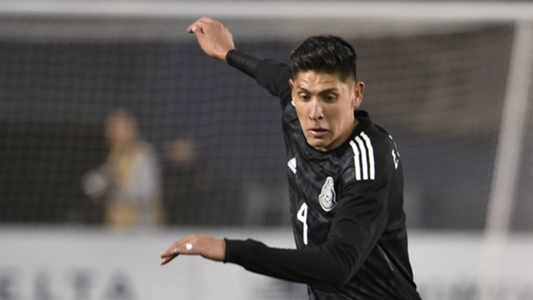 The 21-year-old made the move to the Dutch giant this summer in a $17 million (£14m)​ deal from Liga MX outfit America, bouncing back from a rough World Cup in 2018 to secure a dream move to Europe following a strong showing for Mexico at the 2019 Gold Cup.

Having made his debut for the club in a 4-1 win over VVV, coming off the bench to help secure the victory, the defender stepped into the starting lineup for Ajax's Champions League playoff second-leg clash against Apoel.

Alvarez did not see any action in the first leg, which saw Ajax held to a 0-0 draw away from home, but was put in the first XI for the return leg, and the move paid off almost immediately for manager Erik ten Hag.

With Ajax and Apoel still level and halftime of the second leg drawing near, Alvarez broke the deadlock with a header from a set-piece to put the Dutch club out in front 1-0.

It makes for a dream full debut for the El Tri star, who started beside U.S. national team prospect Sergino Dest on Wednesday.

Alvarez's first start for Ajax came as a midfielder, with Dest used as the right back. Where exactly the Mexican star would fit in the side was something of a question coming into the season.

Despite his youth, Alvarez has seen time as a right back, center back and midfielder, and that versatility was part of the reason Ajax chose to move for him.

"I think he has the right age - 21 years old, he's a regular starter for the Mexico national team and we know him very well because we've been following him for quite some time now,” Ajax director of football Marc Overmars said at the time. “He's had good development, and he's versatile."

But Alvarez admitted to Goal earlier this summer that he was hoping to play in the midfield, where he feels most comfortable.