'Only in football do 50,000 people call the referee a f*cking w*nker' – Begovic hits out at 'vile' stadium atmospheres 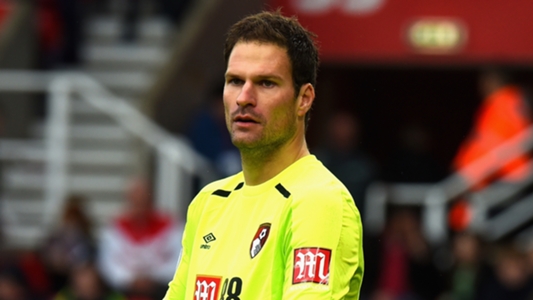 'Only in football do 50,000 people call the referee a f*cking w*nker' – Begovic hits out at 'vile' stadium atmospheres

Bournemouth goalkeeper Asmir Begovic revealed that he refuses to take his children to football games because of the vicious insults that are commonplace on match days.

Begovic, 32, has spent the best part of the last decade in English football.

Having made his name at Stoke City, the Bosnia international played understudy to Thibaut Courtois at Chelsea for two seasons before moving to Bournemouth in a bid for regular first-team football.

But while he makes his living in the game, he admits that he finds it hard to enjoy football as a spectator.

“At most sporting events, 50,000 people aren’t calling the referee a f*cking w*nker,” Begovic explained to The Athletic.

“It’s such a unique thing [to football]. I watch all other sports and yeah, there’s plenty of heckling. In football, there are thousands of people coming together to call one person a name.

“I find football atmospheres vile. I don’t take my kids to games. I don’t go to games myself unless I have a friend to watch or support but even then, I don’t sit with fans.

“I have two kids. The language that people use, the abuse that people give; they went to one match and my daughter was asking questions like, ‘Daddy, why is this guy calling you names?’. They hear it when they get to an age, and I thought, ‘No. I’m not doing this anymore.”

Another incident that shocked the goalkeeper was the attempted car-jacking suffered by friend and international team-mate, Arsenal defender Sead Kolosinac.

Kolosinac and Mesut Ozil were accosted by armed aggressors in north London in July, but escaped injury.

“It was shocking,” Begovic said of the assault. “You can’t even go in the street anymore. You drive your car and you’re looking behind your back.

“I’ve spoken to Sead. They had to contact the police and security. They’ve had to have 24/7 surveillance. You shouldn’t have to do that.

“I don’t know what the cure is (for abuse in general). It’s like one of those questions: ‘How do we cure cancer?’. I don’t know. Can we just change the culture in games, can we not abuse the referee?”